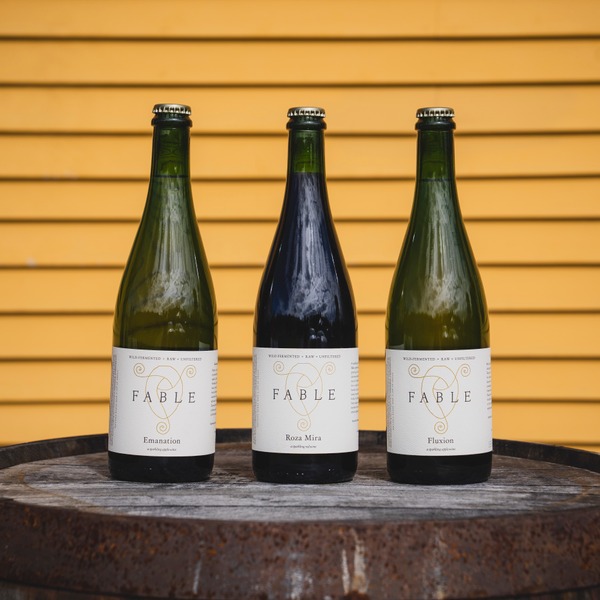 Fable Farm Fermentory
$76.00
Three of our favorites with bubbles...

Emanation - Herein awaits a dry sparkling cider made in the ancestral method from the juice of both foraged and organically cultivated cider apples. Vermont’s Walden Heights Nursery & Orchard, whence the cultivated fruit was grown, is a magical place where orchardist Todd Parlo shepherds a rich diversity of alpine fruit and nursery stock on a village hillside terraced by hand. The apple trees are sculpturally pruned and allowed to grow to their fullest potential amidst a polyculture of companion plantings. Derived from the Latin emanare, meaning “to flow from” or “to pour forth, or out of, Emanation is a cosmological theory that all material and immaterial existence flows from a Unified Whole or Source Energy. Our rendition of Emanation is delightfully fresh, crisp, and tart, emanating a sessionable innocence. Winner of 2018 Good Food Award.

Roza Mira - Herein awaits a sparkling red wine made with Frontenac Noir grapes from 2017. For this wine we ventured further North, up the foothills of Vermont, where Penny Hill Vineyard sits nestled with views to the White Mountains. 2017 was the third year that these vines offered up their fruit. Their juice packed quite the acidity, so we decided to honor the fruit in producing a sparkling red. After a two week cold-temperature maceration, fermentation proceeded quickly - finishing in just three days, whereupon we employed the ancestral method by capturing the tail-end of fermentation in bottle. Roza Mira in Russian, Rosa Mundi in Latin, and Rose of the World in English, is a symbolic representation of the center of our Galaxy, depicted throughout history from Plato to Dante as a Central Sun, from which radiates Divine Love into the hearts of every Human Being on Earth. As we begin to unify polarities such as male and female archetypes within us, we serve the world by growing closer to Illumined Union with Roza Mira. 33 cases made.

Fluxion - With faith in flow, we merged multiple vintages of cider aged in an assortment of wood barrels to create our fourth iteration of Fluxion that awaits you. Made in the traditional method, maple syrup was added to kick-start a secondary fermentation in bottle. This cultured blend of cider is the sparkling counterpart to Stillpoint--itself a delightful, still, apple wine. Fluxion is defined as “the act of flowing; the matter that flows.” On the quantum level, matter is composed of vortices of energy in continual spin. As we move as a society into a post-materialist worldview, we offer you Fluxion in acknowledgment of the primordial and continual flow of energy spiralling within and throughout all that is. Enjoy with feasts, merrymaking, and intimate conversations. Dry with refreshing acidity. 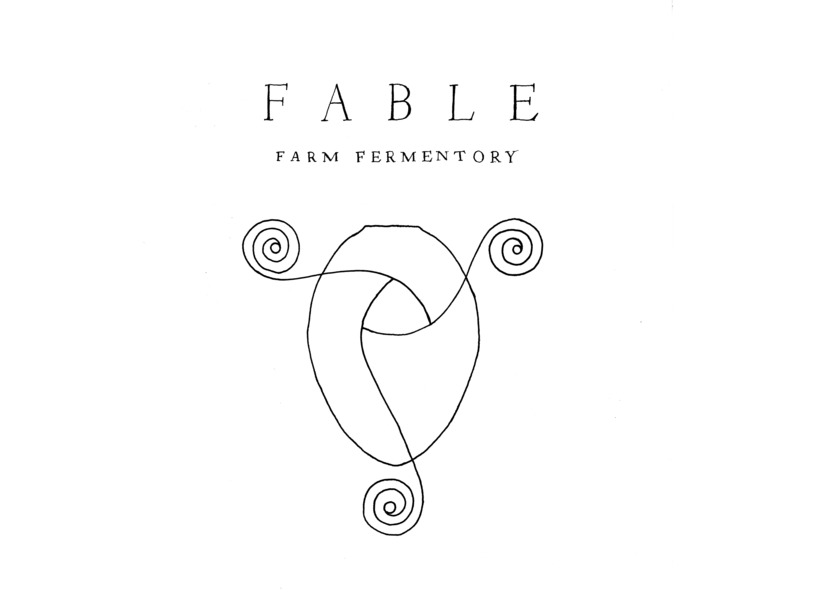 Fable Farm & Fermentory is a farm-based winery producing aged wines and vinegars. We work with local flora, microorganisms, and the overall Ecology to co-create the character of our living wines. We produce wine primarily from apples, pears, grapes, honey, tree saps, and the blending thereof, while sometimes incorporating other small fruits and herbs that we glean and grow in the verdant foothills of central Vermont.

We host festive gatherings on our farm to celebrate the fruits of culture and humanity in Reverence for the Earth.
Fable Farm Fermentory
1525 Royalton Turnpike
Barnard, VT 05031
http://www.fablefarmfermentory.com 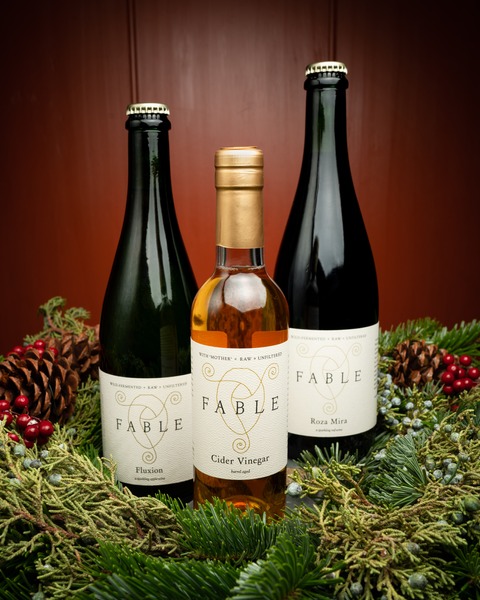 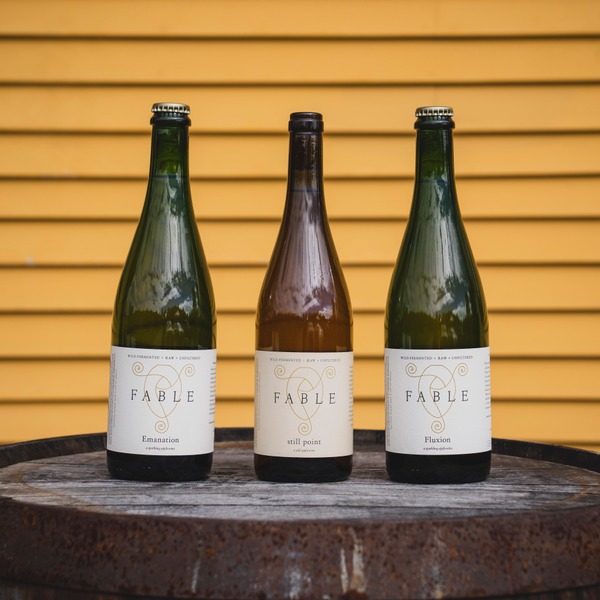 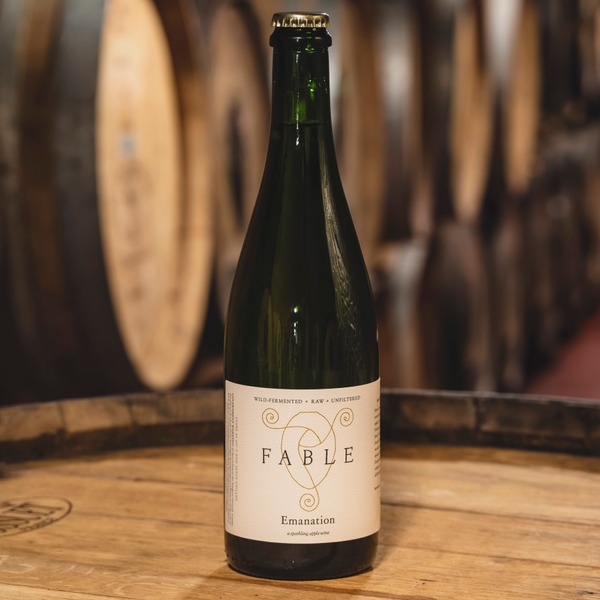 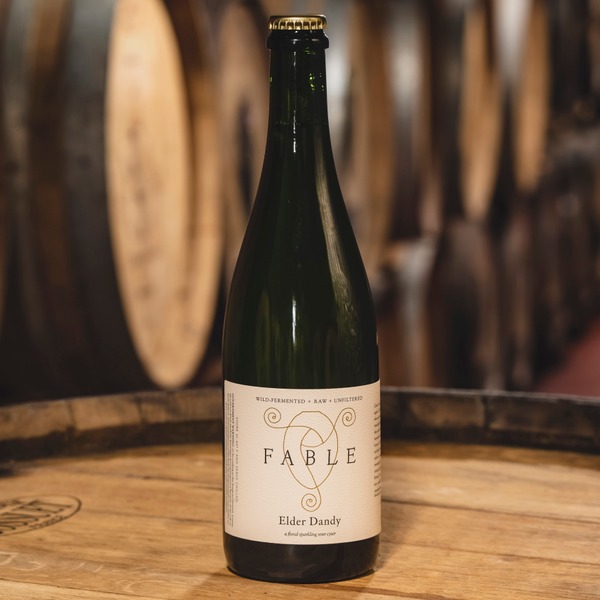 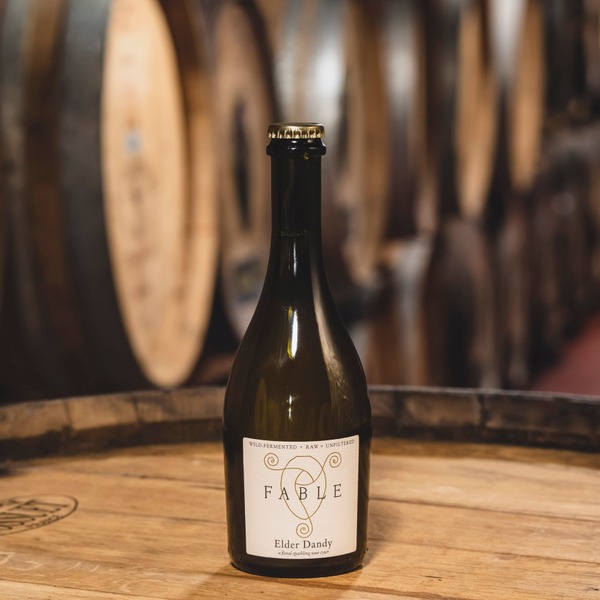 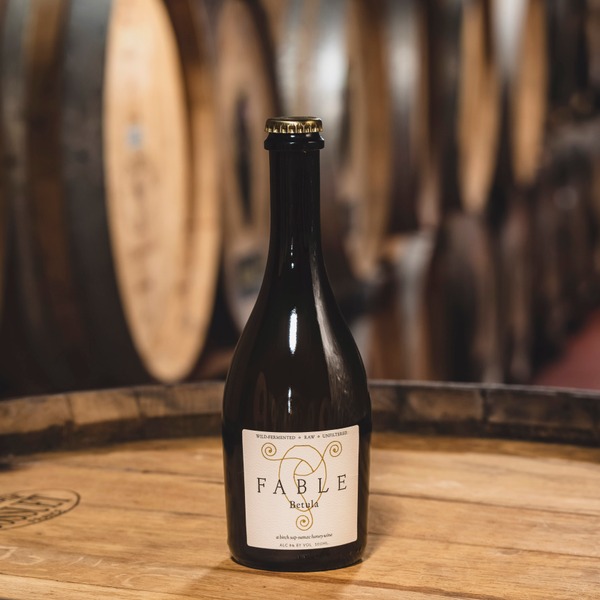 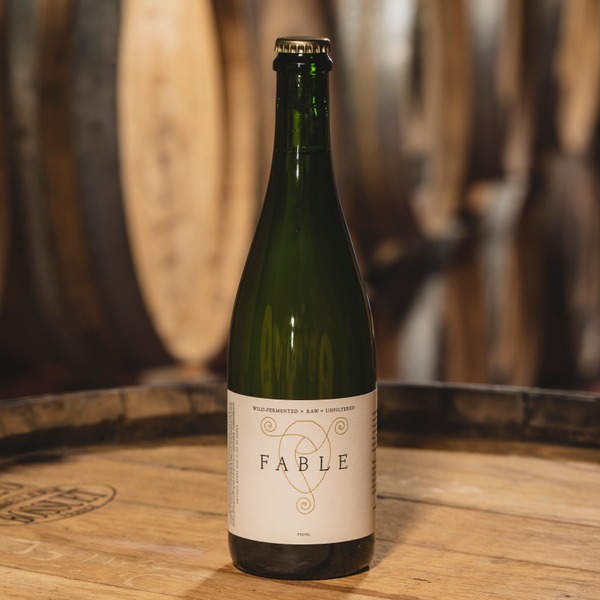 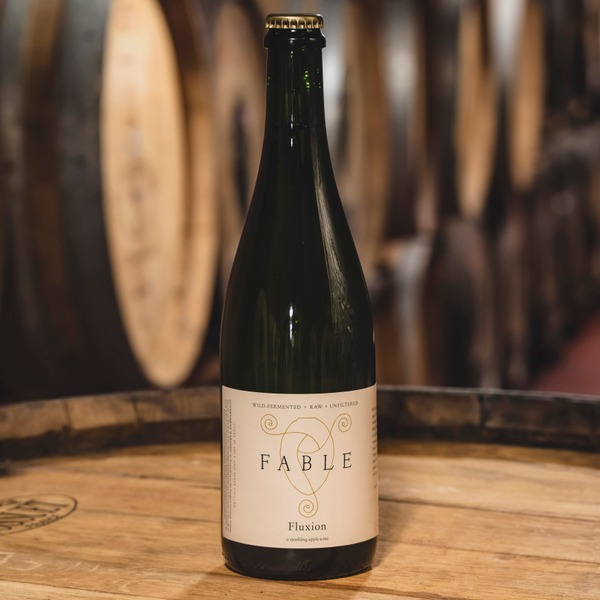 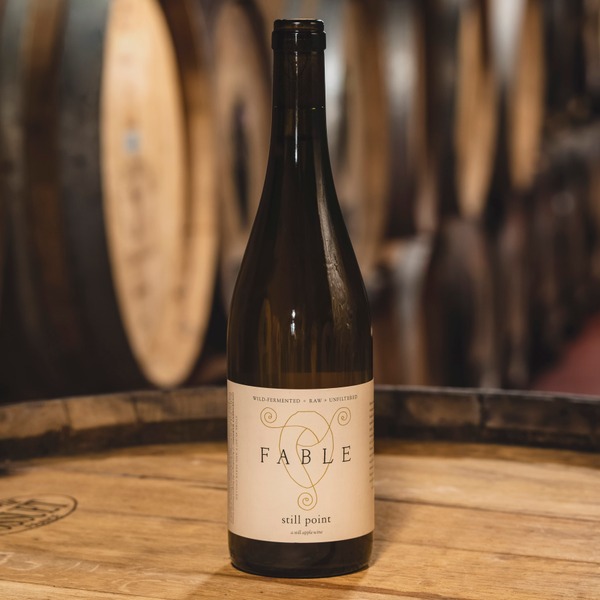 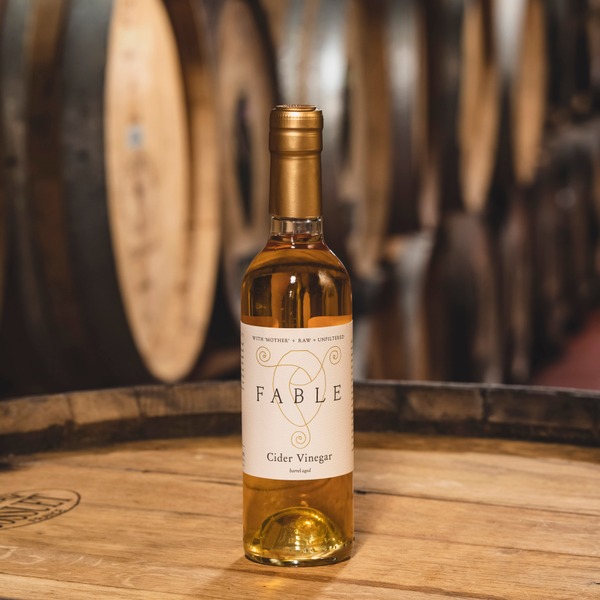 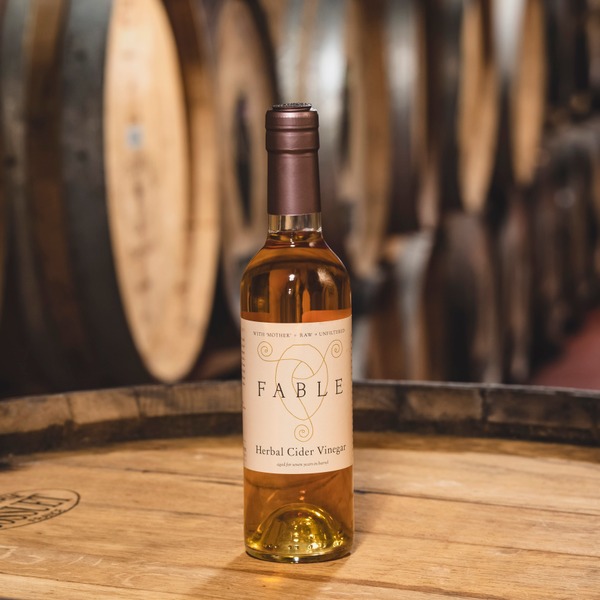 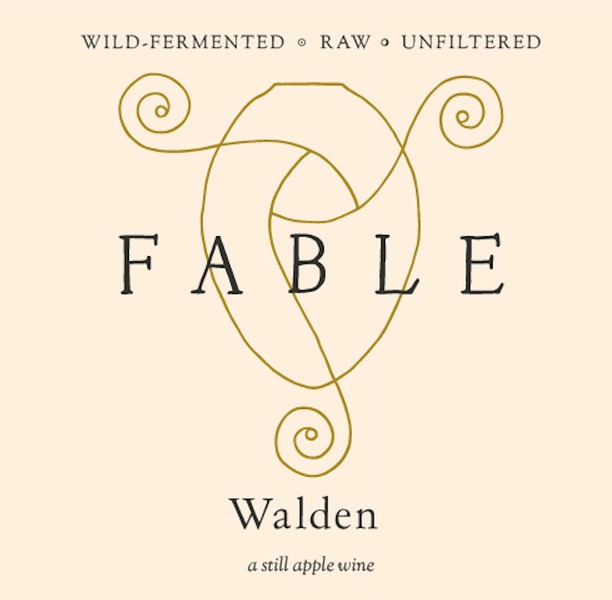 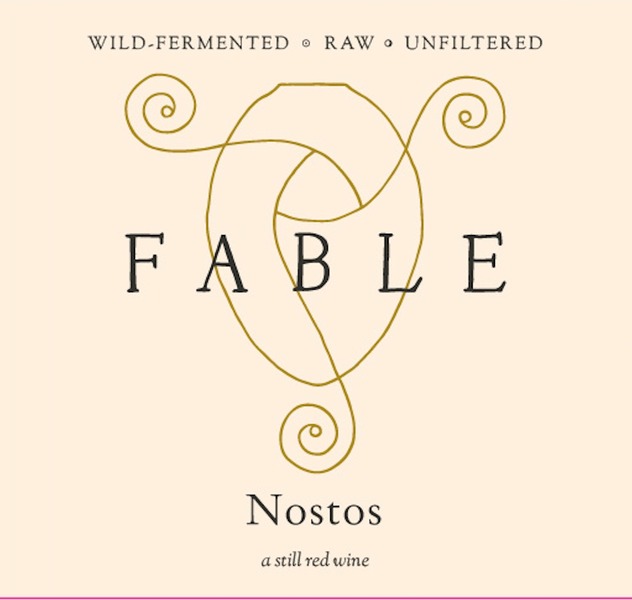